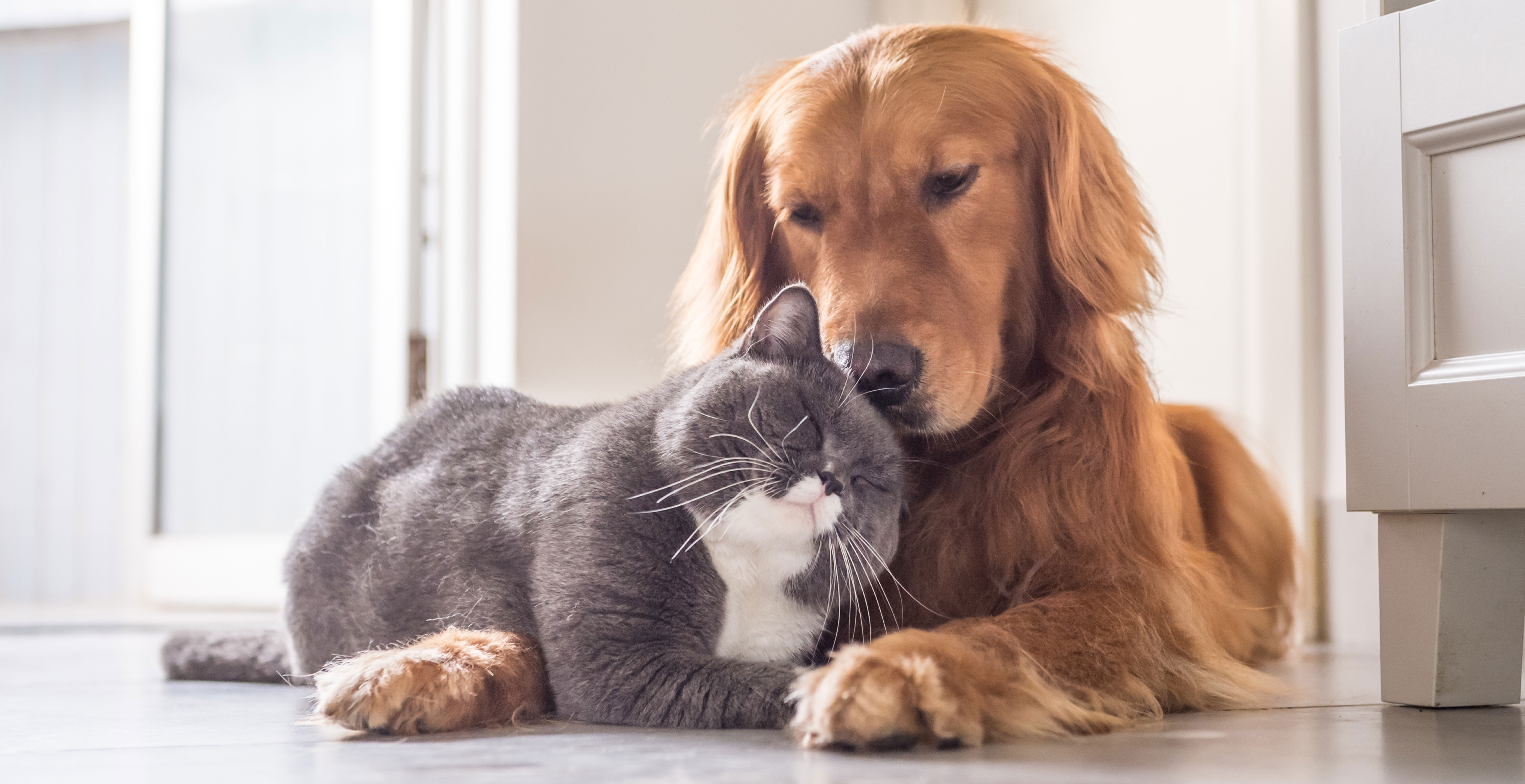 Ah – pet myths. It’s so easy to get caught up in conjecture and misinformation regarding your pet.

So here we demystify some common pet myths regarding dogs, cats, their natures, attitudes, appetites and some questionable behaviour:

Contrary to popular belief, they do actually see in primary colours: blue, yellow, green and shades of grey. Not fifty shades, but enough to get by.

Just don’t let them pick outfits for you. First – that’s weird, second – they don’t talk and third – you’ll look like a clown.

A DOG MAY LIMP TO GET ATTENTION

Unlike a guy trying to grab your attention with some “lame” injury, you won’t find your dog trying the same thing.

Generally speaking, if you pick up your pet has a limp, get them through to your nearest vet and have it checked out. Pets have a different pain tolerance to humans and have no reason to fake it.

Some pet myths are bizarre, this one however is simply not true.

They can eat grass for any number of reasons and the common thought pattern amongst pet owners is that they have a gastro-intestinal issue that they’re trying to ease, or at the very least make themselves throw up.

It could simply be that your pooch just really enjoys the taste of grass and it’s considered by most vets to be normal dog behaviour. Beware though, pesticides and herbicides on your grass could cause issues for your dog when ingested, so rather err on not letting them graze away when you’ve just been tending your lawn.

A DOG’S MOUTH IS CLEANER THAN A HUMAN’S

Umm right! Whoever came up with this thought pattern must have been licking their own armpits when the comparison came up.

The thinking is that a dog licking its wound reduces the infection, thereby having miracle powers and cleanliness. No. Let’s not forget that dogs have a tendency to sniff butts, lick their nuts and even enjoy a poo sarmie from time to time.

Would you do that? Probably not (hopefully not, or you have bigger issues) – so common sense dictates otherwise.

A WAGGING TAIL IS A SIGN OF A HAPPY DOG

Sure he’s been waiting for you all day and his tail is going bananas, but it could also be his nervous disposition especially if it’s a low tail wag.

A wag to the right is generally a “happy wag”, a wag to the left “beware”.  (or that he wants to sniff your crotch and move on with the rest of his day). They’re funny like that.

It’s better to have loved and lost than never loved before? Not so in this case. It’s irresponsible as an owner and who will take care of the litter?

With some luck, she’ll have 9-11 puppies and chances are pretty high that you won’t be homing all of them. Overpopulation, huge demand on your cash resources and sleepless nights with the puppies will give you a little time to reflect on your poor decision.

Sterilise and man up. Responsible pet ownership starts with you.

DOGS GET ALL THEIR EXERCISE IN THE BACKYARD

Yup and walking to fetch your beer out the fridge is the equivalent of a marathon.

No. Unless you’re living in the 100 acre wood with Winnie the Pooh and Christopher Robin, chances are your dog will be bored.

Daily walks, a romp in the local park and just general socialisation with your buddy will do his cardio, body and brain all the world of difference.

The most famous of the pet myths regarding dogs, probably because it’s a bit like trying to get a man to WANT to do the dishes.

BUT, you can (teach the dog, not so much the man). There may be hearing impediments from their age and they may not react to your requests as quickly or eagerly as they did when they were puppies, but your old pooch can definitely learn.

Checkout the Mythbusters video below for some real proof:

A DRY OR WARM NOSE IS A SIGN OF ILLNESS

It’s perfectly normal for dogs to have occasional dryness with their noses. If it persists or has a discharge, check with your vet.

Save the garlic for sparkly vampires or your favourite Italian meal. Too much garlic can cause an anaemic reaction, gastro-intestinal problems and red blood cell damage.

Check out our DOG and CAT bug buster charts to help you make an informed decision best suited for your pet.

CATS ALWAYS LAND ON THEIR FEET

For the most part, yes. They are well co-ordinated, nimble and will land on their feet within reasonable circumstances, but if they’re falling from a great height, even with their agility and landing on their feet, they are sure to do some major damage, sprains, breaks or even death.

If you’re living in a flat/townhouse, ensure that your windows and patios have a screen to avoid unwanted accidents.

CATS CAN LIVE ON A VEGAN DIET

Absolutely not. They’re not hippies nor set on the latest diet trend. They’re obligate carnivores and have to eat meat as their primary food source. Just don’t do it.

… in cartoons. And like the Wiley Coyote will never catch the Road Runner, cats will never have nine lives.

The concept came from the Egyptians and that cats were magical and lived these extra lives in the afterlife. From a nation that gave us pyramids, I think we expected a little more.

Cats are just unbelievable survivalists and continue to astound us on a daily basis, probably why our felines secured their top spot in the pet myths’ hall of fame.

It’s a fact. They also purr when injured or in the throes of death (downer alert). So if your cat’s not hurt, old and ready to leave this plane for his next life, you can assume that he’s just happy to be a cat.

They’re crepuscular (active in the twilight) when prey is more abundant. Because their eyes need only 1/6th that of humans, they are able to see better in dim light and this makes them more active in the evenings and mornings. They cannot see in total darkness – obviously.

Some will, most won’t. Most are intensely curious about moving water and love drinking from the tap or water fountain. Some even swim to catch their (unlikely) prey, as this jaguar did.

Adult species in general have an issue digesting milk from another species and like humans there will also be lactose intolerant cats. Rule of thumb is that there is no nutritional value that a cat will derive from drinking cow’s milk.

De-clawing is the removal of the first joint of each of the cat’s toes and is considered mutilation. It’s extremely cruel and should not even be considered as a last resort. ANGEL PAWS are a far kinder alternative.