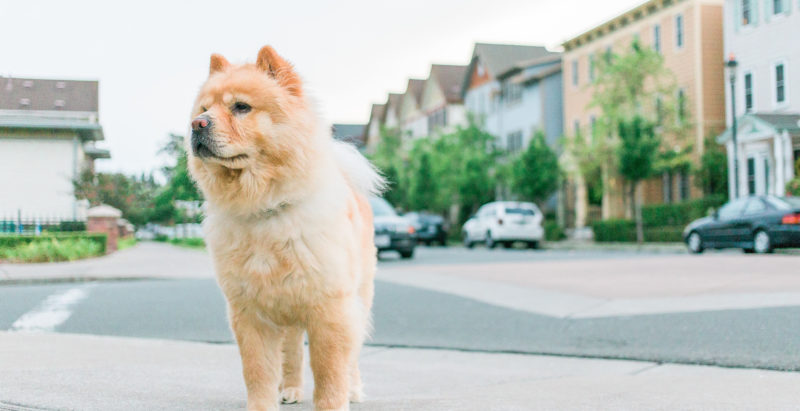 ASK THE BEHAVIOURIST with renowned animal guru Karin Pienaar is SUCH a hit on social media, so naturally we’ve gone and created a mini-series of those TOP FAQ’s – just in case life happened and you missed out.

It’s normal for human babies to grow up and leave home, but when our pet babies decide to do the same – it’s heartbreaking!

A little bit of advice and a dash of help truly does go a long way, especially when an expert shines a light on handling your runaway pet.

QUESTION – My soulmate cat Slinky Malinki who is 5 years old has decided he prefers the house 200m down the road. Over the past 6 weeks he has been disappearing at night just as I was going to bring him inside and now he is staying away during the day as well. Nothing has changed at our house and he gets wet commercial food , dry food, species appropriate raw meals and sometimes cooked fish and I make a fuss of him.

We have three other cats and he was fine with them. Since he started wandering off, if I do manage to bring him in at night before he gets a chance to go away, he starts hissing and spitting at the female 2 year old cat if she goes anywhere near him but only if I’ve shut him inside. They do wrestle and play together but there were no signs it was aggressive behaviour, no licking of lips and they seem fine most of the time.

ANSWER – I can imagine how heartbroken you must be. From the sound of it, he may be going to the other house because he dislikes being locked in at night, and it sounds like there is some tension between him and the female cat (which can be due to the frustration of being locked in at night). The other house also only has one cat, which may appeal to him a bit more as having more space and less competition.

I would suggest that you start with the following, give it two weeks and then please let me know if you haven’t seen an improvement in the situation:

QUESTION – I have two rescue dogs that I adopted about 18 months ago. I’ve always managed to train my dogs myself, but have been struggling with these two. They both have behavioural issues, but are fairly controllable at home. I can’t let them off the lead when we go walking, though, because (a) they run off and I have a devil of a time rounding them up again which, apart from anything else, can be dangerous for them, and – as importantly – (b) they’ve managed to get into conflicts/fights with other dogs more than once, either when off-lead or when they’ve managed to get out of their harnesses. This severely limits the social contact they’re able to have with other people and other dogs, which I’m really sad about.I have four questions about this:

1. Do you feel they could benefit from obedience training? I’ve looked into consulting a behaviourist, but just can’t afford to go this route.

2. Should I consider putting them onto anti-anxiety medication so that they can be calmer when we’re out and about?

3. If I can manage to improve their call response, should I try allowing them to socialise with other dogs if I use muzzles on them when they’re off-lead or would this make them vulnerable in case of a conflict with another dog?

4. As they’re already three and five years old (a Jack Russell female and a Jack Russell/Beagle male) would the best course of action simply be just to accept what I’m working with, keep them on leads when we’re out walking, and keep them separate from other dogs?

I’m really stumped, so would appreciate any input you’re able to offer…

QUESTION – I just rescued a beautiful collie but he is a runner. I don’t know what to do. I can’t take him off a lead. Please help.

ANSWER – How long ago did you rescue him? Keep in mind that it will take him up to three months to settle and to start recognizing your home as ‘his home’, so it’s important to be patient and to manage him until he’s settled in. If he’s a habit runner (in other words, he’s an escape artist and he enjoys being off-property) you’ll probably have to manage him on-lead for the rest of his life, as it’s the safer option. But you can still work on teaching him recall – it just means you need to work a bit harder and always keep practicing to make sure he knows what’s required of him.

Luckily recall is not particularly difficult to teach, but it does take a lot of time and some work.

Recall or getting your dog to come when called is something that requires a lot of work and is a lifelong exercise. It needs to be proofed constantly and must always be a rewarding exercise for the dog. Never ever, under any circumstances, call your dog to you to punish him. It only takes one time like this for your dog to learn that coming when called only results in bad things and makes your job that much more difficult. If you really have to get to your dog to stop them doing something, rather go TO him.

Here are some basic exercises going in order of difficulty that are fun to practice with your dog and will help proof his recall. Do not proceed to the next level before the level you are on has been perfected or you will set the dog up for failure and learning will be slow and frustrating for both you and your dog.

So, the whole exercise will be as follows:

7. Giving treat with other hand

Once you’ve done this exercise with your dog and he has gotten the hang of it, slowly phase out 2 and 4, rewarding the best efforts with treats etc and mediocre efforts with some mild praise.

This exercise is also known as recall tennis. You can vary it and make it more difficult for the dog by having several people playing the game, standing in a circle so the dog can never predict who will call him next. As is illustrated in the next exercise (primary school recall) only one person has to be holding treats which also makes the choices more difficult for the dog but ultimately strengthens their recall. Teaching recall is like building a house, and by doing this, you’ve just laid the first row of bricks. The key here to success is consistency and repetition.

High school recall:
Next, take your dog to the park on a quiet day. Have him on a long lead, and make sure you have treats and his favourite toy handy.

Let him have the full length of the lead, but never let him get to the end of it – this way he will never be sure where the end of the lead is, which makes it easier for when you take the lead off eventually.

At random lengths of the ‘free’ lead, call him to you. (Always hold on to one end, obviously, so he cant run off).

If he even looks around at you, or turns to come, start praising him immediately. When he gets to you, reward, play tug, and give him a cuddle.

Repeat this at various lengths so he learns to come regardless of how far he is from you.

If you call him and he ignores you, don’t get angry. Instead, simply just start slowly reeling him in until he gets to you. When he does, you still need to reward and praise him, but use a low value treat and don’t play tug.

Make sure your body language is inviting when you call him back to you. This means lowering yourself, opening your arms, and calling him with lots of enthusiasm.

Remember that he is not being spiteful, he’s just being a dog. Most people only practice recall when they NEED the dog to come to them, which is invariably when the dog has found something super interesting that he wants to investigate. That’s why you need to practice, practice, and practice all the time, not just in the park where your dog is likely to fail because of all the distractions.

Once he’s 100% in the park on the long line, and you have proofed his recall in a variety of situations, try letting him off in a safe area and practice his recall then.

Check out the ePETstore’s Facebook page to catch Karin Pienaar live in action once a month and get your questions, queries, frustrations and curiosities answered – because life is after all just too short to suffer in silence.