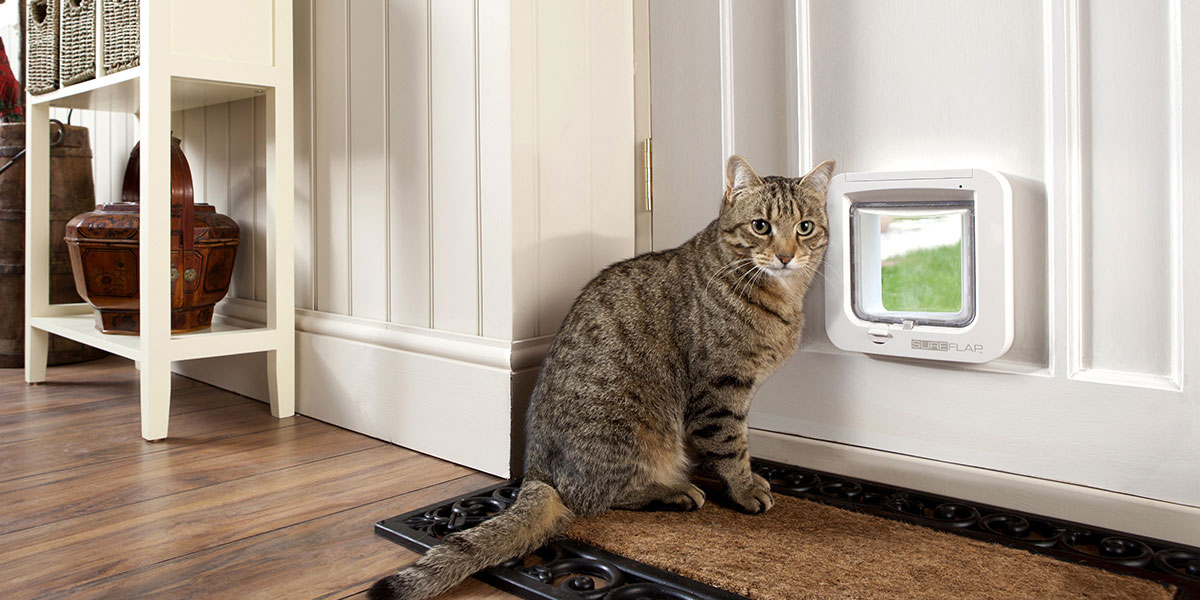 How to teach your pet to use a pet door isn’t rocket science. In fact, it’s actually fairly straightforward.

Some may take longer than others – just be patient, follow a few simple steps and they’ll happily be letting themselves in and out.

Leave the door completely open, with the flap propped up or removed.

Allow the cat or dog to explore this by enticing him through the hole with a toy or some food treats.

Once your pet has learnt that the hole = outside, and is using it quite happily, you can move to the next step.

Leave the flap propped up, but put a thin sheet of paper across the opening to simulate the flap part.

Start by cutting this piece of paper so it only covers a tiny part of the actual opening, to get them used to the idea of going through with something over their heads.

Then make it bigger (very gradually) as they get more confident.

Encourage the cats or dogs to follow the toy or the food through the paper flap.

When they are 100% comfortable with the full-sized piece of paper, increase the difficulty level by going back one step and putting a cardboard sheet over the hole (once again cut smaller) so they get used to the idea of pushing something that offers resistance that you gradually make bigger until it’s the same size as the flap.

Once your cat or dog is using this with ease, progress to the last stage.

Lower the flap, stick the paper onto it so it looks and smells familiar. Using lots of treats, praise and play, coax your cat or dog through from both outside and inside the house.

If you’re going to close the flap for any particular reason, put up a very distinct visual marker – e.g. a Tupperware lid stuck on with Prestik, or something similar next to the flap.

Warn your pets that the hole is not available or else they may try to go through it and fail, which could lead to them not wanting to use it any more.

Take this off once the flap is available for them to use again.

Not the proud owner of a DOG DOOR or CAT FLAP yet?

Then do browse our range.