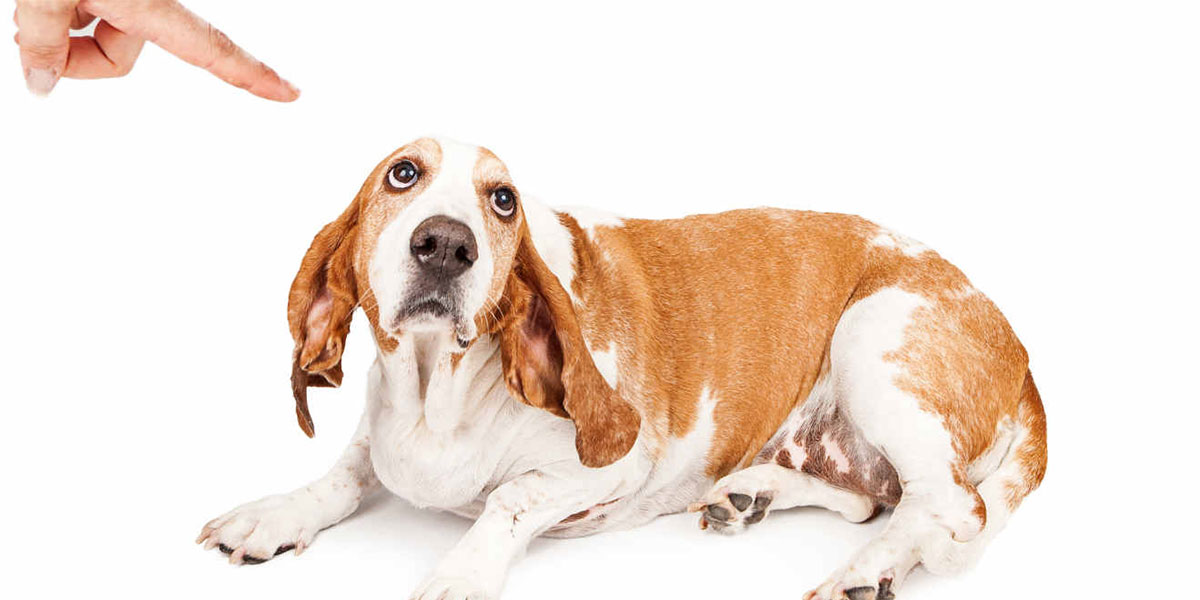 Is it ok to punish your dog? Here’s what you need to know:

WHAT IS PHYSICAL PUNISHMENT?

Physical punishment is defined as any form of punishment that elicits a physical response in the dog. In other words, something that hurts the dog (physically or emotionally).

Examples of this form of punishment include smacking a dog with a newspaper / hand or finger / throwing something at the dog to startle him / shock collars / invisible fences and so forth.

THE EMOTIONAL IMPACT OF PUNISHING YOUR DOG

Now, I know that the argument most often used to justify the use of physical punishment is “I didn’t hit him hard, it was mostly the noise that scared him” or “I tested the shock intensity, and it wasn’t that bad, it’s more like a vibration”.

Any kind of punishment that involves getting physical with your dog is counter-productive in the long run. In more cases than not, it can actually be seen as emotional torture.

This may sound dramatic, but it really is that bad.

If you have a sensitive or an insecure dog, yes, the noise of the newspaper or a ‘gentle’ tap on the nose or bum will stop the behaviour in that instant, but have you considered the emotional impact it has?

Physical punishment rarely teaches anything useful to dogs. It’s more likely to make them defensive. Every dog has a cut-off point, and if punishment continues, the dog may very well resort to aggression as a means to escape the punishment.

The hard truth about aggression is that it works in the end.

That’s why we often end up with very aggressive dogs. They’ve learnt that ‘fighting back’ is the only way to solve the conflict they’re experiencing.

Punishment that happens after the problem behaviour is dangerous and can lead to serious behavioural problems. Your dog can’t tie the punishment to the incorrect behaviour.

If you punish your dog ten seconds after he did something you don’t like, he has no idea what he’s being punished for.

THE IMPACT ON YOUR RELATIONSHIP WITH YOUR DOG

Look at it this way: if your dog – who’s a social animal, likes people and enjoys being around them – is randomly punished by you for things he doesn’t understand, he’s likely to start seeing you as dangerous and unpredictable. At the same time, he’s also dependent on you for everything, so now, he’s stuck in what we call ‘approach avoidance conflict’. In humans, this is often called an abusive relationship.

Dogs have a keen sense of what works for them, and what doesn’t, what’s safe and what’s dangerous. When your dog determines that you’re dangerous and seeks to avoid contact with you, the relationship is in severe danger.

I’m sure you’ll agree that this isn’t an appropriate or functional relationship to foster with any dog.

HOW DO YOU DEAL WITH THE BAD BEHAVIOUR?

Is it frustrating for owners to have a dog who behaves in a way that appears to need punishment? Absolutely.

If your dog is doing something that you feel is problematic or inappropriate, rather look at it as an opportunity for you to educate him, instead of punishing him.

Dogs need help learning how to behave appropriately for each human’s situation. They aren’t born with an innate knowledge of our needs, desires and preferences. When problem behaviours occur, it’s usually happening outside of your dog’s conscious control.

So instead of punishing your dog using tools or physical correction, ask yourself “how can I teach him what to do, instead of only responding to things he’s already done?”

It’s the smarter way to teach your dog, additionally your relationship with him will flourish because of it!

Is it ok to punish your dog? Hopefully that question is much easier to answer now.