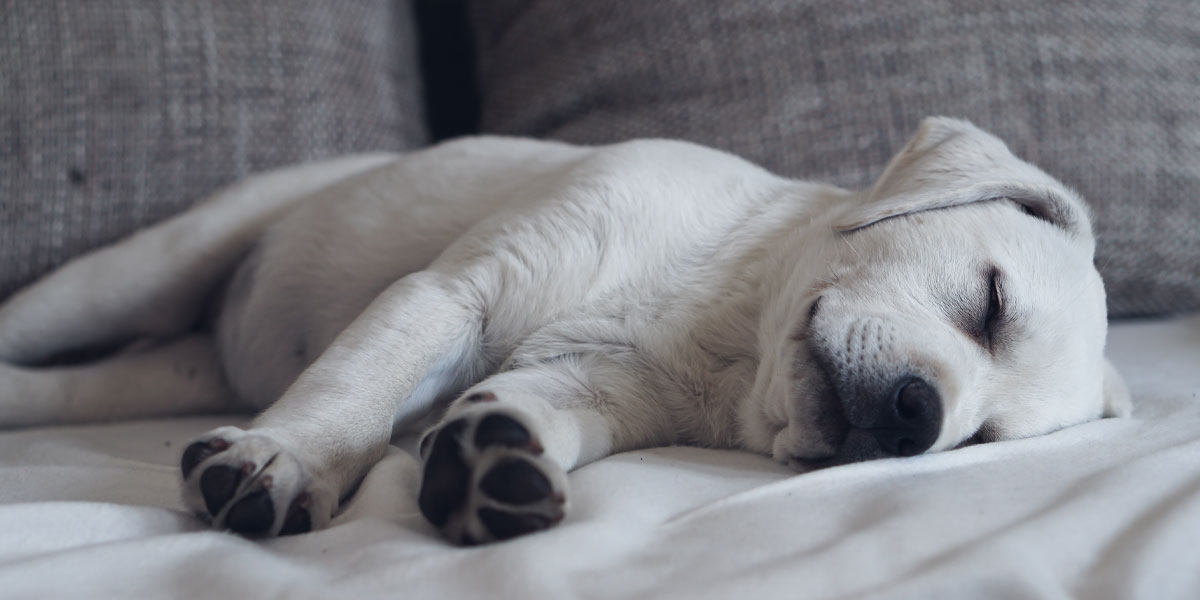 Before you post that hilarious video of your dog dreaming on YouTube, ask yourself, is my dog dreaming, or could it be something serious?

Do dogs dream? The answer is YES, we believe they do.

Studies have shown that dogs have REM sleep phases, just as people do. In 2001, MIT researchers proved that the electrical patterns in a mouse’s brain, while asleep, were the same as those they had while awake. This proved that not only do they have dreams, but they replay the events of the day and process what they have learnt.

This is very likely to be the case in dogs too.

Typically, dogs who dream will have facial and limb twitching, they may paddle or run in their sleep and they can even vocalise. This includes growling, whimpering, barking or howling. As most of us have seen, it can be very amusing, but we need to bear in mind that it may not be just a dream.

Seizures can look very similar to dreams, but are generally far more intense. An animal that is having a seizure will show some, or all, of the following:

This may continue for a few minutes, but between episodes your dog is often completely normal.

In rare cases, people report that their dogs have very bad dreams.

They scream, cry out, move and paddle violently, growl, howl and bark while fast asleep, but the behaviour disappears as soon as they are woken up.

This isn’t usually a concern but there are some reports that dogs could suffer from REM behaviour disorder.

This is a disorder in humans where the dream is acted out. The affected person doesn’t have the “paralysis” that accompanies dreaming, which can result in intense, violent dreams. In some cases, the person can cause harm to themselves or others.

Allowing a pet that has such dreams to sleep in a confined, safe space will minimise harm done to themselves and to the owners during these bad dreams.

If your dog can be woken up during an episode and the behaviour stops immediately, without them being very confused and falling around, it’s highly unlikely to have been a seizure.

If you aren’t sure, or the dreams are getting worse or more frequent, pull out your phone and record a video of it. Your vet will be able to tell you whether or not you need to worry.